skip to main | skip to sidebar

Considering that both Walter and I had spent a good deal of time trying to find the records of our Ratner ancestors' passage to America, the story of how they finally came into our possession is somewhat anticlimactic. Ancestry.com now has a nifty feature of hints that automatically conducts searches and alerts users to information they may not yet have discovered.

Last week I received just such a hint for our great-grandfather Abraham Ratner pointing to an inter-European voyage from Hamburg to the Port of Hull near Liverpool. At first, I was inclined to disregard it: There were many Abram Ratners, and importantly we thought the Ratner name didn't come into use until Abe's arrival in America. Thus, a pre-arrival record for that name would not be him.

The 1890 date was the right year, however, and I clicked through to read more and view the actual document—the "directory" of passengers aboard the Esperanza sailing out of Hamburg on July 2, 1890. My excitement immediately grew as I saw the names of Abram's travel mates, listed as Schifre, age 42, and Rosa, 18. Abram was listed as 20. Exactly the right three names and ages for Abe, his bride Rose and mother-in-law Sophie. Here's the document (click to view close up): 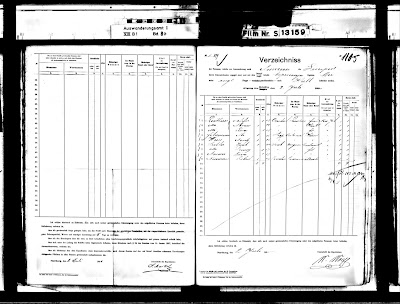 During the period 1836 - 1914, Hull developed a pivotal role in the movement of transmigrants via the UK. During this period over 2.2 million transmigrants passed through Hull en route to a new life in the US, Canada, South Africa and Australia. Originating from Denmark, Finland, Germany, Norway, Russia and Sweden, the transmigrants passed through the port, from where they would take a train to Glasgow, Liverpool, London or Southampton - the UK ports which offered steamship services to the 'New World' they had dreamed of.

On the document, New York is listed as "the aim of the emigration." But where was the record for the second leg of the journey? Easy. Now having the correct last name, the right month and year and departure port, another Ancestry search quickly came up with this passenger manifest for the July 16, 1890, sailing of the SS Teutonic.

Page 1 is included so you can see the cover information and column headings. Schrifre and Abraham Rattner appear about one-third of the way down on the second page, which is actually Page 3 of the manifest. 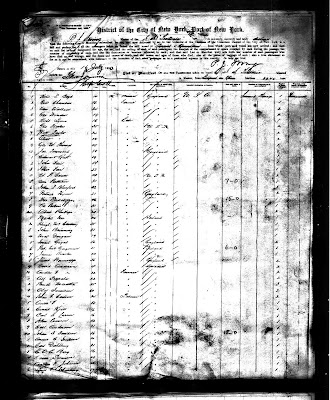 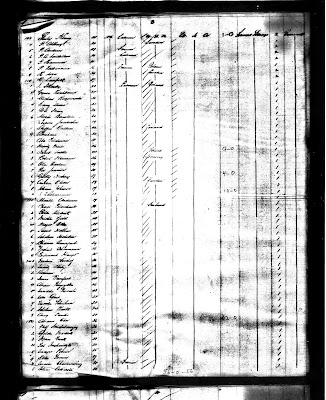 You'll see Sophie (Schifre) and Abe have the right ages. Oddly she is shown as a citizen of Finland, but that looks to be a random anomaly. More surprising is that Rose is not listed together with her family members. I've taken a quick scan of the rest of the manifest to see if she is listed elsewhere but didn't find her name.

So that remains as a loose end, but still we've made a big step forward in documenting our ancestors' journey to America, including finding an important clue to their previous lives that Walter follows up on in the next post.

Oh, here's a couple images of the Teutonic and a link to the Wikipedia article. She was a new state-of-the-art cruiser at the time of the voyage. 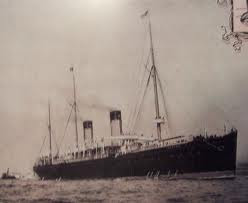 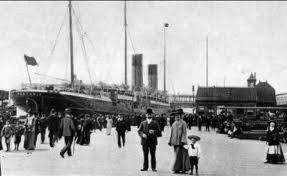 One last comment on why we hadn't found this information before. First, we weren't searching on Rattner. Second, the Esperanza record was not in any database we searched. Third, Ancestry's ongoing acquisitions in its international collections has exposed more existing records to its excellent search technologies. I'm pretty sure that Teutonic manifest must have been discoverable all along but we had missed it because the tools were not as good then as they are now.
Posted by Dan Ruby at 2:48 PM

The three children of Stan and Helga Ruby created this blog to collect and share information about our parents and ancestry.

Comments and contributions are welcome via email to drubytue (at) gmail.com.